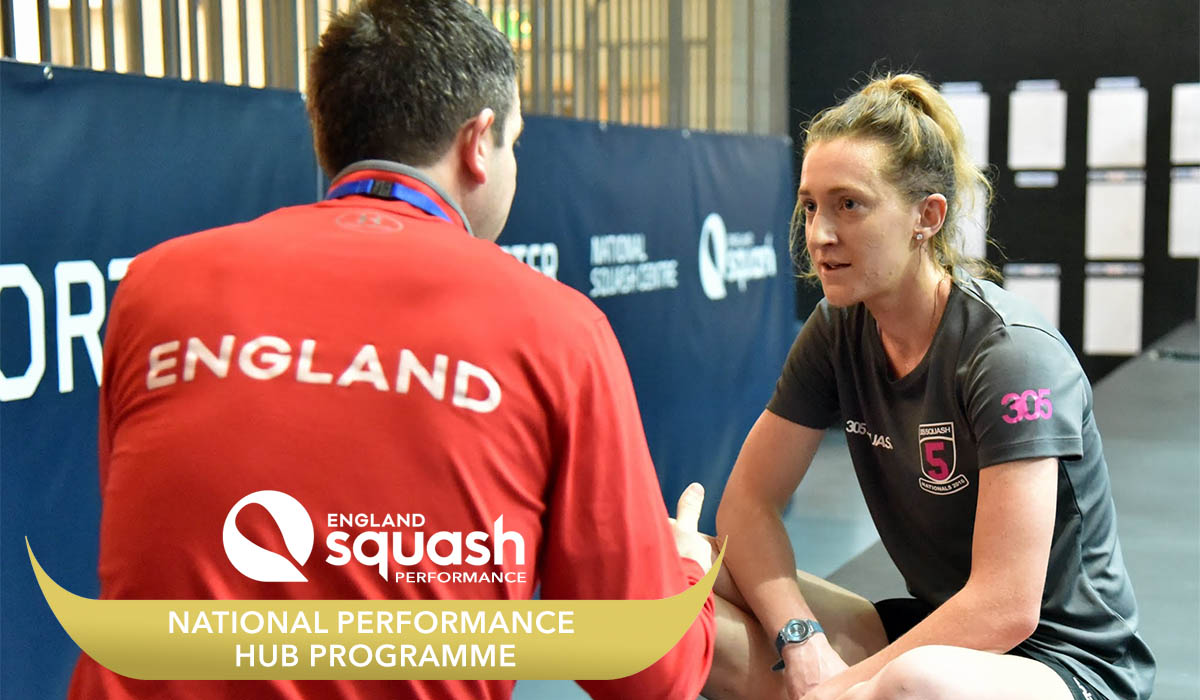 England Squash has announced the launch of a national performance hub programme to support the next generation of world-class players.

The organisation will work collaboratively with five leading squash clubs to create ‘home’ environments around the country that enable players to access world-class facilities, coaching and support services including strength and conditioning and sports science.

The programme underpins England Squash’s commitment to develop their existing and future base of talented players at a world-class level and forms part of a wider review of the opportunities the organisation provides for funded and emerging athletes within the talent pathway.

“To develop world-class talent, we require more accessible world-class environments for players. The performance hub status is a recognition of ambition shared with partner clubs and top-level coaches. It will create positive learning environments and increase contact time with players.”

Rob Owen, Head Coach at West Warwickshire Sports Club said: “I’m delighted West Warwicks has been chosen as a performance hub by England Squash. It’s a recognition of the work our players, the club and myself have put into achieving the results they have over the last five years. Collectively, we have a desire to continually improve ourselves and squash in the UK from the grassroots up to the elite level that the Rob Owen Academy is aimed at. It has personally given me great satisfaction seeing players getting more out of themselves than they thought possible and helping them achieve their goals and ambitions. We look forward to a long and fruitful relationship with England Squash and creating a legacy that is longlasting.”

“It’s great to be able to formalise my partnership with England Squash by helping to create a network where the next generation of players can grow.

"When I was a young player, I was able to create a team around me based in Sheffield between Hallamshire and the English Institute of Sport with the complete support of England Squash through funding and expert coaching from the likes of David Pearson and Paul Carter. I’m delighted that my club Hallamshire has officially become an England Squash performance hub - a base out of which I hope to support our young players to fulfil their potential.”

Adam Fuller, Head Coach at Berkhamsted Tennis and Squash Club said: “We are proud to have a strong relationship with England Squash, and become a hub for some of England’s finest future prospects. The area has a good history of players based locally and I’m excited to work alongside Paul Carter to ensure this continues to be a hub for the future. We look forward to delivering tailored sessions that suit regular players. We are excited about creating a fantastic environment for players at different stages of the pathway to reach their full potential.”

“Pontefract Squash and Leisure Club is extremely proud to become an England Squash performance hub. It’s a fantastic and welcome initiative which we are pleased and excited to be part of.

The aims and objectives of this partnership extend what we’re already working on at Pontefract where we consistently produce and develop the current and next generation of players through carefully devised and proven training schedules designed by a unique collaboration of Malcolm Willstrop and his team of coaches with support and guidance from David Campion and expertise in S&C from Mark Campbell. Pontefract has a well-earned reputation in the squash world for attracting the world's best players so it’s only right that our facilities and expertise are made available to benefit home grown talent.”

Josh Taylor, National Performance Coach based at the National Squash Centre said: “Manchester is a great city for the sport, having hosted many major events and been the home to many top professional players over the years. In partnership with the National Squash Centre and Manchester City Council, we can continue to help develop an upper end of the pathway for players and funded athletes to continue to progress towards their goals. It also allows us to extend our support, and benefit from experience and expertise across the wider high-performance coaching network. It’s an exciting development for everyone involved.”

Find out more about the national performance hubs.