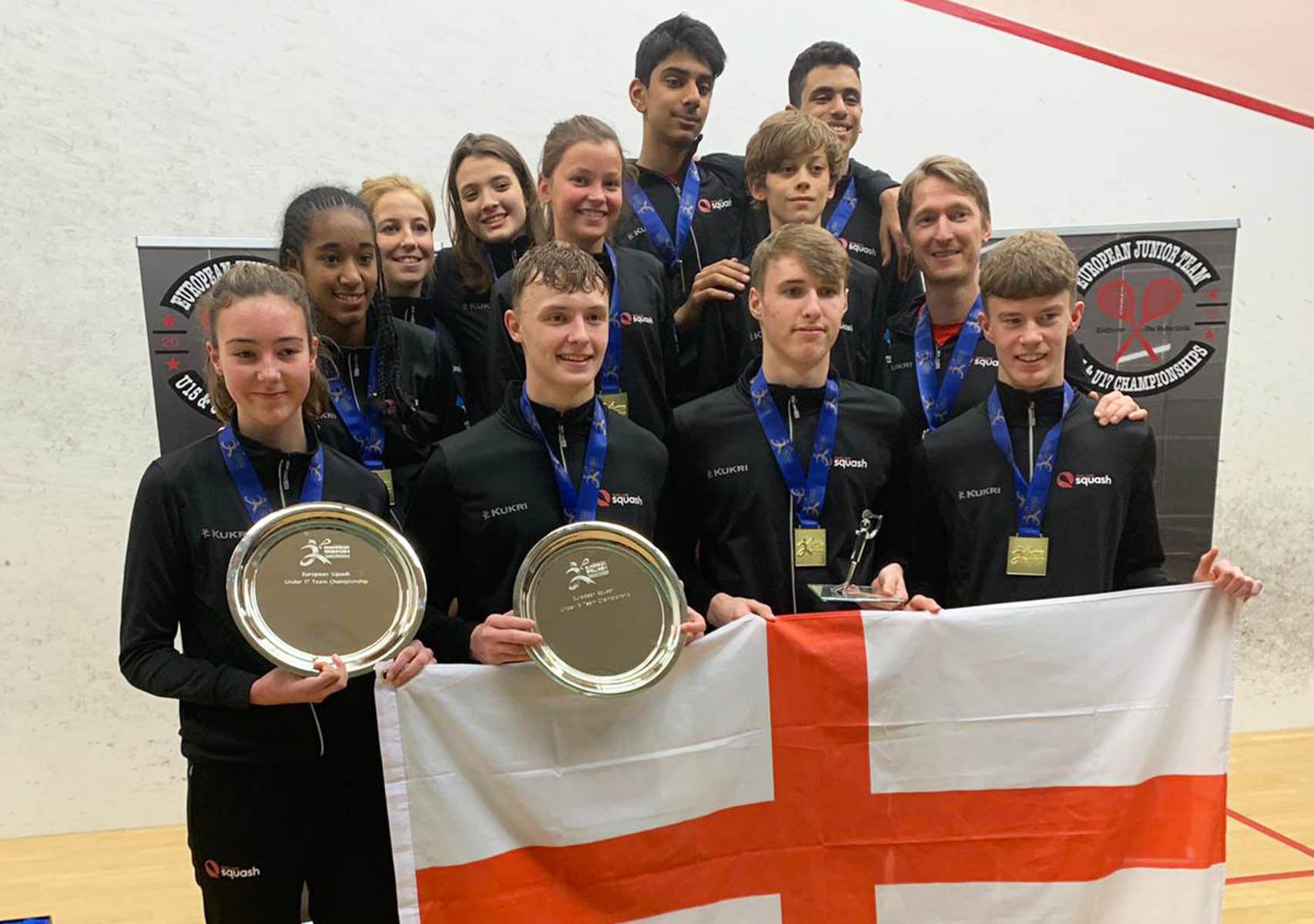 England U17 and U15s lifted their 13th consecutive European Team titles yesterday after overcoming France and Ireland respectively in Eindhoven.

A clean sweep of victories in the group matches, quarters and semis saw top seeds England U17s set up a final showdown with third seeds France for the tenth time in the championship’s history.

England second string Ben Smith, the current National U17 champion, showed his class in the first rubber against France, overpowering Baptiste Bouin 11-4, 11-5, 11-6 in 27 minutes to put England in the driving seat.

In the second rubber, top string Sam Todd raced to a two-game lead before France’s Paul Gonzalez replied to claim the third. The fourth game was a neck and neck affair before Todd upped the ante to clinch the fourth and the match 11-2 11-5 7-11 11-9 (41m), and seal England’s 20th championship title.

In the U15 event, top seeds England breezed through the pool matches to set up a last eight clash with [10] Scotland. The underdogs raced to a one match lead before England’s Jonah Bryant and Amelie Haworth proceeded to claim the second and third matches, and book England a semi-final berth.

In the semis, a 3-0 victory over hosts the Netherlands saw England set up a final showdown with six seeds Ireland for the first time in the championship’s 19-year history.

Second string Yusuf Sheikh mounted a remarkable comeback at two games down against Ireland’s Dylan Moran to put England ahead in the final. The underdogs quickly levelled, courtesy of a 3-0 win from Ireland’s Denis Gileviskiy against Jonah Bryant to force a decider.

In the deciding rubber, England’s Emma Bartley produced squash of the highest order, powering past Ireland’s Sophie Thomas in just 12 minutes 11-4, 11-4, 11-0 to keep the title in English hands once again.

"It's a fantastic achievement to defend the titles. Ireland and France were tough opponents and ran us very close at points. Our juniors showed mental resilience and played proactive squash in tough conditions.”

England Squash announces squad for the 2022 European U19 Championships