Commonwealth Games Bronze Declan James and World No.42 George Parker will contest the final of the AJ Bell England Squash Championships in Manchester tomorrow after prevailing in today’s riveting semi-finals.

24-year-old Parker, who captured the England Squash Challenge title three months earlier on the same court, overcame a stern test from World No.134 Nick Wall in a dramatic last four clash which went the full distance.

After sweeping aside top seed James Willstrop in straight games in the previous round, 20-year-old Wall refused to go down without a fight.

Meanwhile, World No.23 Declan James claimed an equally thrilling four-game battle against World No. 53 Richie Fallows. Profiting off a series of strokes from his opponent, James’ consistency and steely determination kept Fallows at bay to close out 11-8, 6-11, 11-9, 11-5 in 74 minutes. 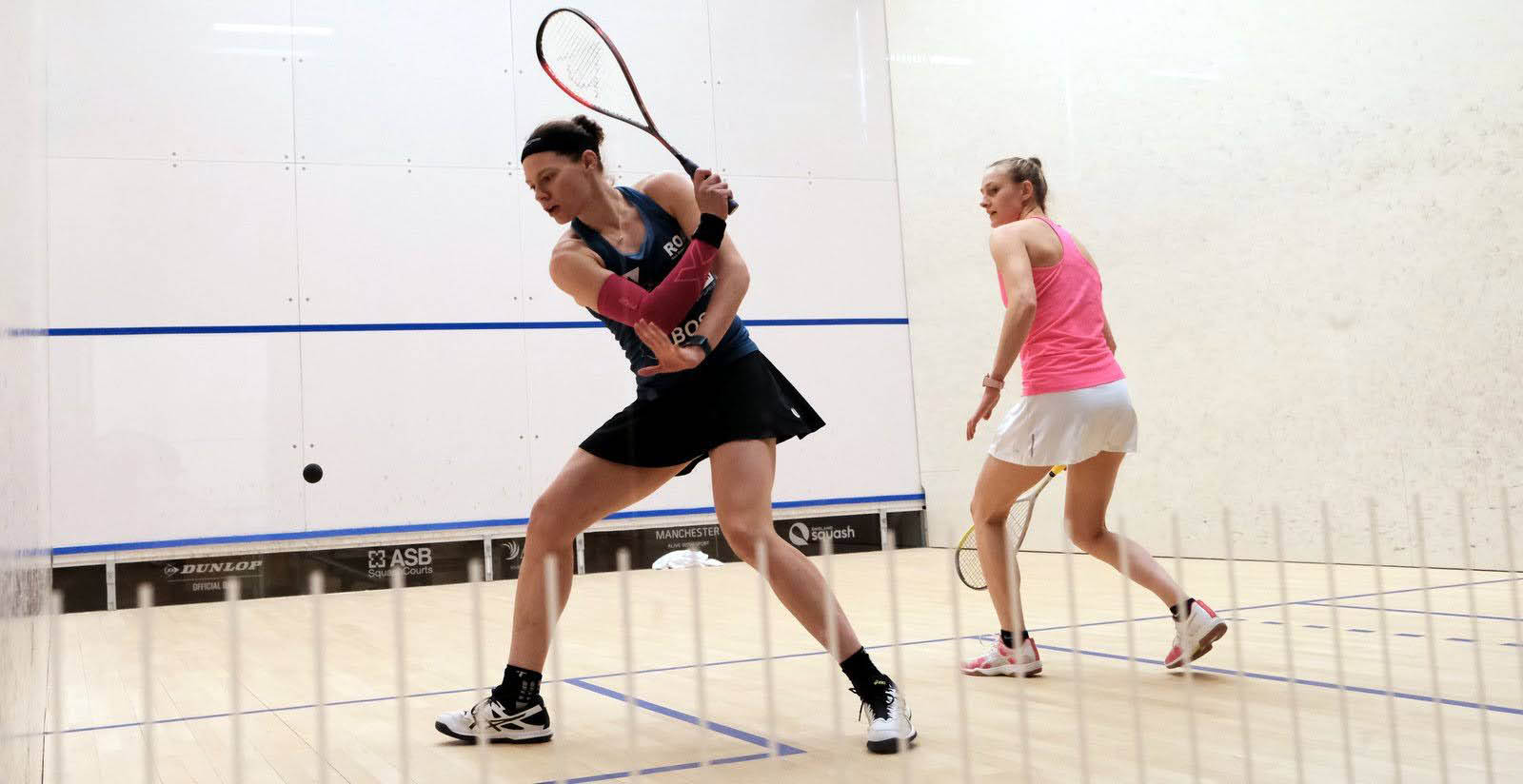 In the women’s, top seed Sarah-Jane Perry and England Squash Challenge champion Georgina Kennedy will go head-to-head in the final after topping their respective groups following a clean sweep of victories.

British National champion Perry has been rarely tested all week, and put on a clinical masterclass in her last group match against World No.99 Grace Gear, storming to a 11-2, 11-5, 11-1 (18m) victory.

The finals start at 5pm on Friday 12th February. Watch all the action from the all-glass court and side courts live on englandsquash.tv and Facebook. For draws and results visit: englandsquash.com/englandsquashchampionships