Sarah-Jane Perry has described the AJ Bell England Squash Super 8 Championships as invaluable as she prepares to get her campaign underway against Julianne Courtice at the National Squash Centre in Manchester this afternoon.

Perry will look to double up on her victory at the AJ Bell English Squash Championships in February and says that she views the Super 8 as a vital stepping stone between her run to the quarter-finals of the CIB Black Ball Open last month and the next stop on the PSA World Tour.

The World No.6 admits that the Super 8’s value to players further down the rankings has made the England Squash initiative vital and most welcome to keeping the game going at the top end in her homeland.

“So for these reasons this just makes this tournament absolutely invaluable on the build up to the next World Tour event. So a big thanks to England Squash for having the foresight and a can-do attitude to get the Super 8 on.

“For someone like Gina Kennedy, who I played in the final of the AJ Bell England Championships, then in this respect Gina, like the other younger girls, hasn’t had that many chances to play myself, Alison [Waters] or Julianne [Courtice], who have more experience, that often.

“Maybe we have played in the odd PSL (Premier Squash League) match, but we have not played in a tournament environment and it’s great experience for them, good match practice and will give them a really competitive goal to focus on." 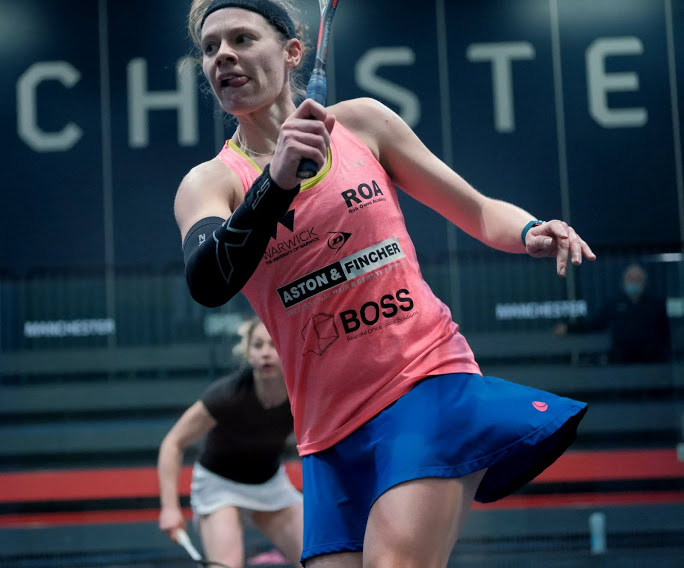 Looking back on her recent defence of the Black Ball title ,which ended in the quarter-finals, Perry was keen to look at the positives, saying: “The first two matches I was really pleased to get through in straight games. That isn’t something I have done consistently, and I have made that a goal to be a bit more dominant in these first couple of rounds.

“These are long tournaments with perhaps five matches in them if you make a final, and you need to keep as much in the tank as possible. I have no worries about my fitness, but the more you can leave in the tank the better.

“But those players in the early rounds are gunning for you, they are very competent, and they have nothing to lose. Mariam [Metwally] has really pushed Tesni [Evans] on that court and she is a very skilful player, so while you have to give them respect you also have to produce your best level to underline why you are the higher seed.

“It was the same with Olivia Fiechter. She is an up-and-coming player who is rising up through the ranks. I know she has worked with Peter Nicol and you can see the structure in her game which reflects that.

“So you really have to think about what you’re doing, and she is also a very good athlete and was someone I hadn’t played before, so I was very pleased to get through in straight games.

“But in these early rounds, what I wanted to convey was that I was going to be very hard to beat and that when people draw me, they will say: ‘That’s a really bad draw!’

“So, even if I’m having a bad day, I will make myself really tough to beat and that is something I have worked hard to improve over the last couple of years and to get through these two rounds with 3-0 victories was very positive in this respect.”

Although Perry lost in a four-game last-eight encounter with eventual champion and World No.1 Nour El Sherbini, the Birmingham ace felt that she took some vital pointers from a match which underlined the fact that World Champion ElSherbini is right back at the top of her game.

Perry said: “I felt that the quarter-final with Nour was a really high-quality match and, to be fair, she really didn’t do much wrong.

“I felt like if I could get a lead in the games then I could convert, and you saw that in the second game, but Nour is a very good front runner, and you don’t want to give her a lead as she can pick of four of five points in a minute.

“So I was very aware of that and after watching back there were a couple of tactical things I will look to change when we next play. But overall, I felt there wasn’t too much in it and I felt it was a bit closer than the score reflected.

Projecting forward to her opening encounter this afternoon against Julianne Courtice, Perry is relishing a return to competitive action against a player she trains with.

“I have Julianne Courtice to open and obviously Julianne and I played at the AJ Bell England Championships where I thought she played very well.

“Julianne is based in Manchester and I have been up there training with her regularly and have seen the improvement in her game first hand. So it will be a good match to start with and I’m looking forward to that as a challenge.” 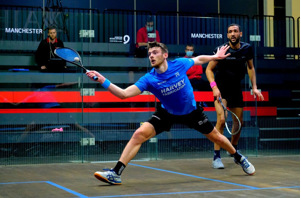 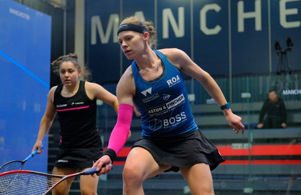