Pontefract has a long history of making champions under the tutelage of Malcolm Willstrop including two World No. 1's his son James Willstrop and Lee Beechill, and more recently the first British male British Junior Open champion since James, Sam Todd.

See below what Pontefract is offering as its Performance Hub: 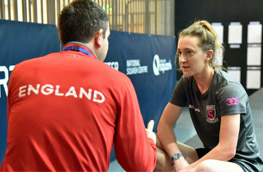