Back 22 October 20 - by Elizabeth Botcherby

Team Laura have one hand on the title of Team Laura vs Team Nick after extending their advantage during the second week.

Laura Massaro’s side have now won 222 matches to Nick Matthew’s 175, building their lead to 47 points with two weeks remaining. 202 matches were played during the second week, taking the total so far to 397.

Team Laura won 54% of the games with the score at 677-580 overall. However, the winning margins remain small with Massaro’s side triumphing in 51% of the 23,666 points played.

Warwickshire return to the summit of county leaderboard

Warwickshire have reclaimed top spot on the county leaderboard after originally leading the competition on day one. The county were overtaken by Lincolnshire, Lancashire and Kent during the first week but have leapt from fourth to first in week two with 79 matches played.

Lincolnshire are comfortably second on 66 matches whilst Kent (48) have pushed Lancashire (45) – Massaro’s home county – out of the podium places.

Hertfordshire complete the top five having overtaken Surrey, followed by Essex, Hampshire, Staffordshire (replacing Middlesex) and Northamptonshire. Once again, Nick Matthew’s Yorkshire are yet to penetrate the top 10. 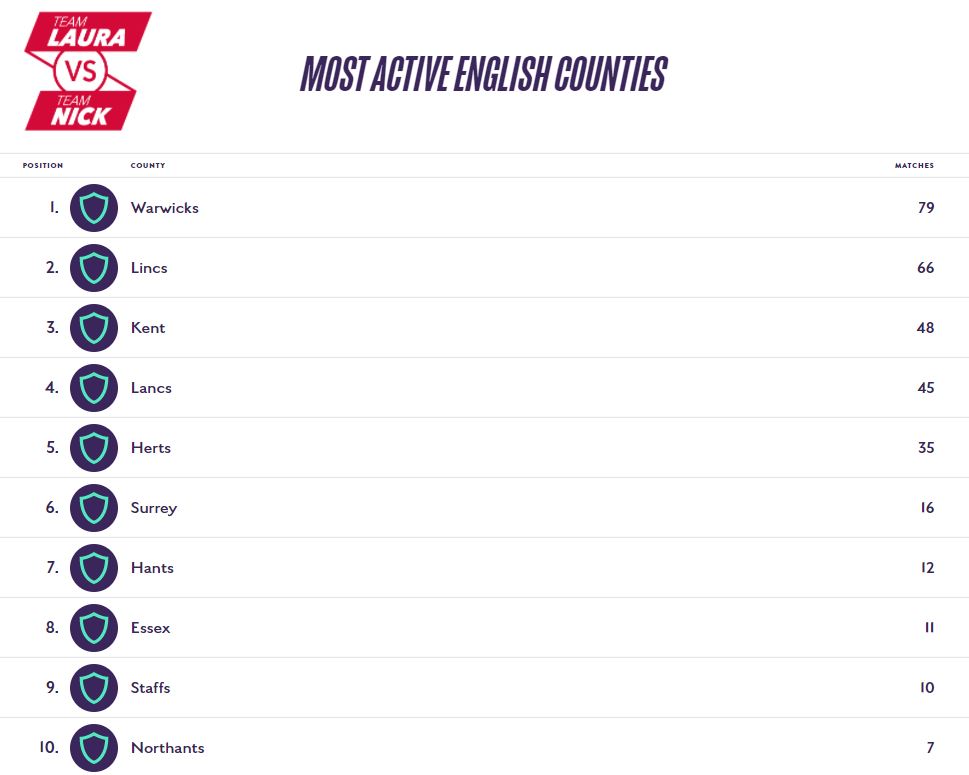 Leamington Squash and Tennis Club completed a successful week for Warwickshire by storming to the top of the club standings. Leamington lead the way with 53 matches played, seven ahead of Lincolnshire’s Dean Sports and Leisure (48 matches) in second place.

Team Laura vs Team Nick continues until November 9th when the team with the most victories will be crowned champions. Players of any age or ability can join a team. Find out more at englandsquash.com/lauravnick 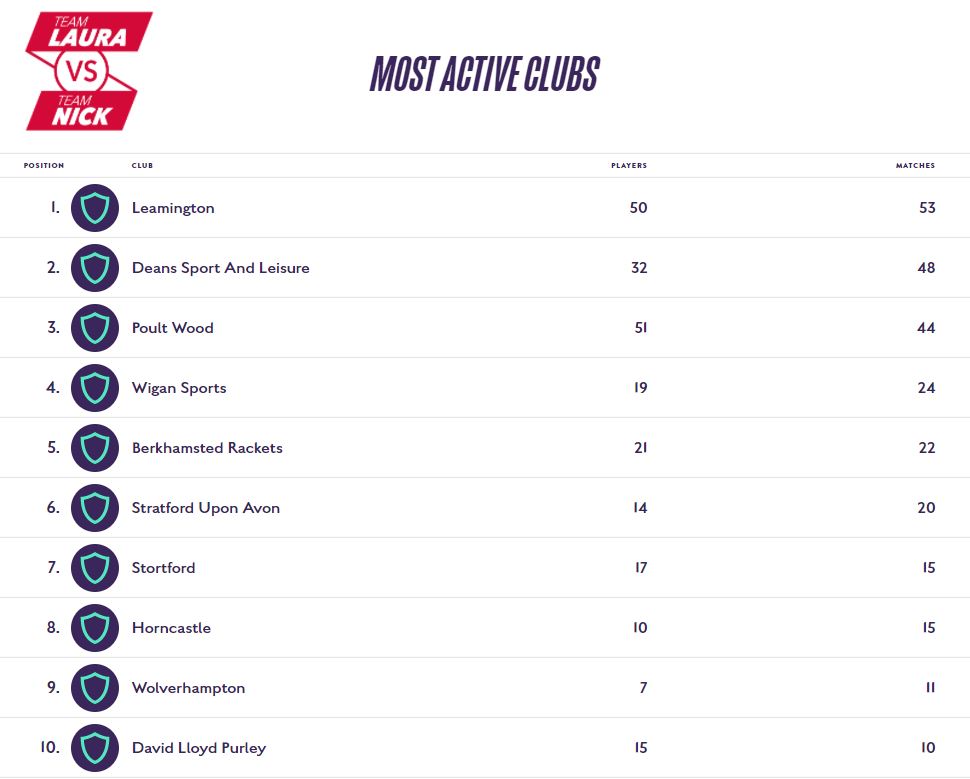