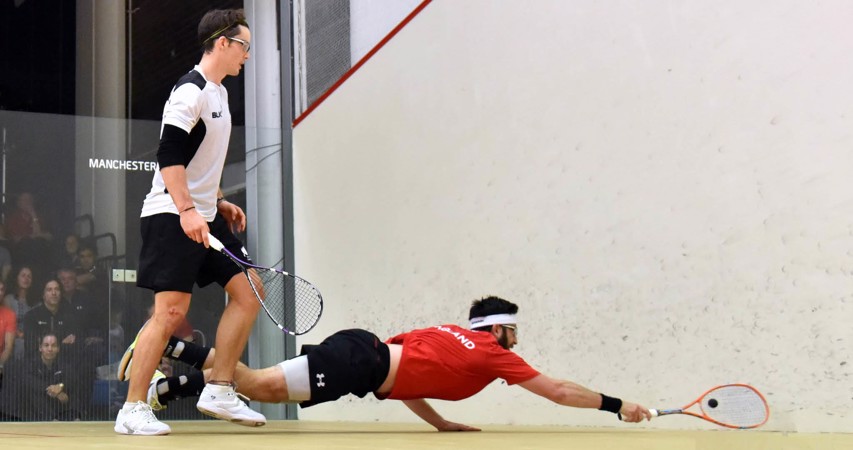 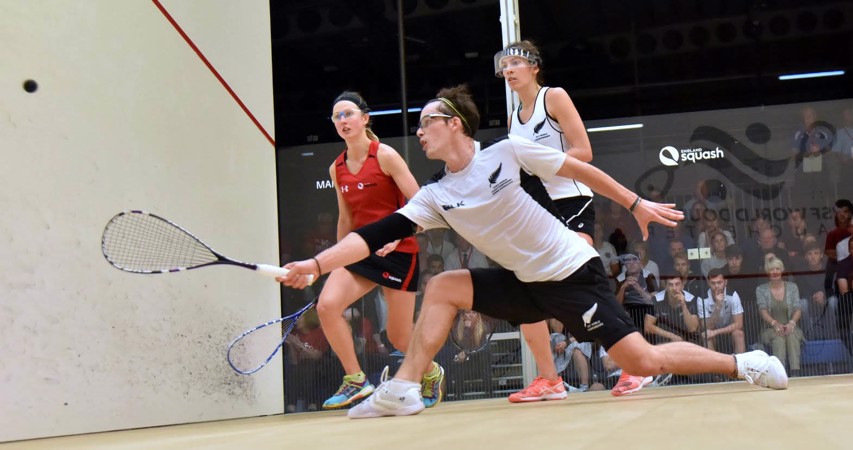 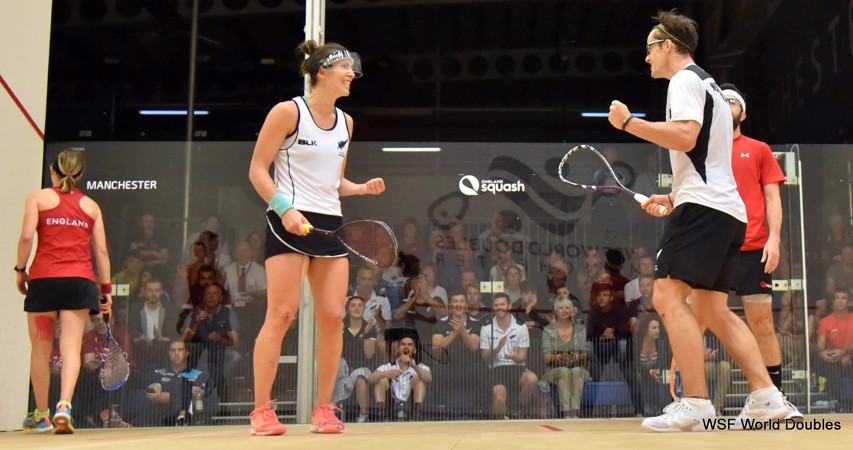 England won two silver medals and a bronze in their first doubles competition since the 2014 Commonwealth Games at the WSF World Doubles Squash Championships in Manchester.

Jenny Duncalf and Alison Waters came within a hair’s breadth of gold with three match points against Joelle King and Amanda Landers-Murphy before Waters and Daryl Selby lost to King and Paul Coll.

The defeats mean England take home two silver medals and a bronze, courtesy of Declan James and James Willstrop in the men’s, in their first championships since 1997.

Duncalf and Waters were first on to court and immediately fell 9/4 behind but won seven points in a row to win 11/9 and go 1-0 up. The Kiwis then took total control of the second to win 11/1 and level the match. 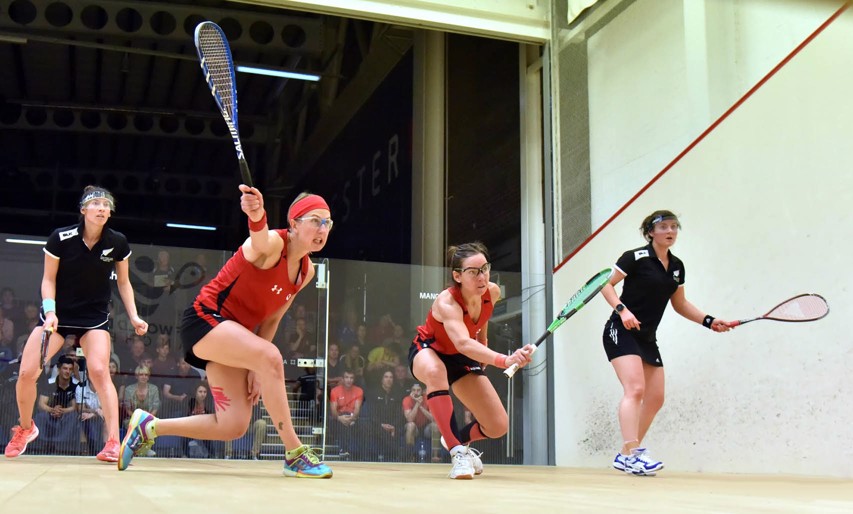 England were presented with three match points at 10/8 in the decider but failed to take any of them as New Zealand sealed their gold medal victory 9/11, 11/1, 11/10.

Duncalf, 34, said: “Losing 11/10 in the third is always quite tough. We did well to win the first and then the second was a bit of a disaster. The third was very up and down and they won it right at the end. They are the defending champions and we knocked out the Commonwealth gold medallists (Joshna Chinappa and Dipika Pallikal of India) so we’re very pleased with that.”

Waters and champion King were then straight back on to court for another three-game final, with King and Paul Coll claiming the gold medals with an 11/8, 9/11, 11/6 win. The match was fiercely contested, with spectacular dives from both Coll and Selby entertaining the crowd, and momentum swinging between the teams as the match went on.

But New Zealand ultimately had too much for England in the final period of the game, opening up an unassailable lead and closing out the match. 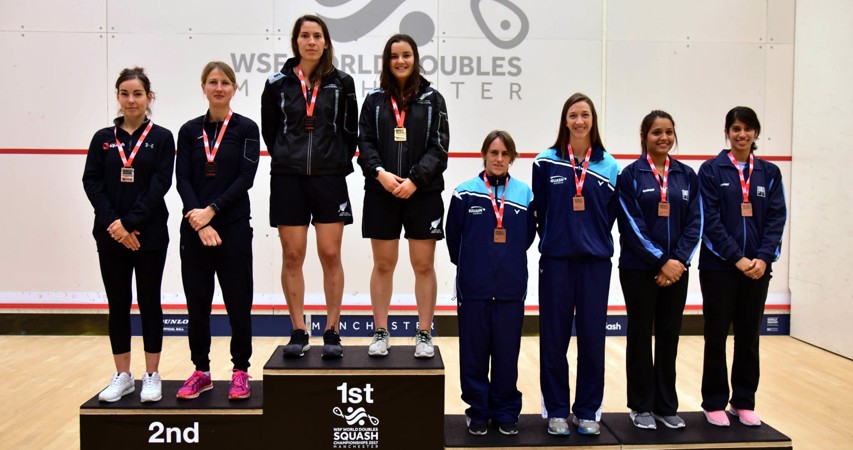 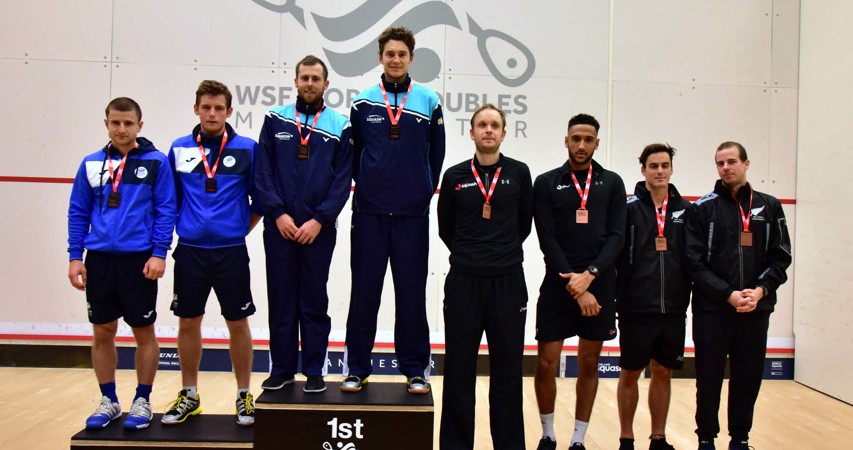 Selby, 34, said: “We were seeded five so to win a silver medal is a fantastic achievement, to push the reigning world champions as hard as we did is really pleasing. Al and Joelle both did really well to play two matches in a row and we weren’t far away in the end.”

Waters, 34, said: “It was two tough matches that could have gone either way. I’m really pleased with the way we worked to forge two new partnerships with Jen and Daryl and to get two silvers. I would have taken that at the start of the week so it’s really encouraging ahead of the Commonwealth Games next year.”

England Squash National Senior Coach David Campion said: “It would have been nice to have won of those. To have finalists in two out of three events was something we were very happy with. It was a shame Al and Jenny couldn’t convert one of their three match balls but they played two very good finals and there is plenty for us to build on.” 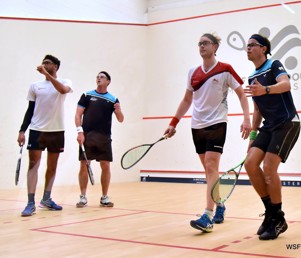