Explore marketing tips, quality posters, graphics and suggested wording to promote your sessions across all channels.

Explore how to increase awareness of your sessions and drive uptake with our five-part marketing guide.

How might a prospective Squash Stars parent follow up on that initial interest of engaging their child in the programme at your club? They’ll likely hop online and Google the club. That’s why having a presence and showcasing your club on Google is really important.

Here we highlight tips to increase the visibility of your website:

Through the console you can also check who is linking to your website. (External links are very important to the performance of a site in Google search results – more on this below).

2. Register your site with Google My Business

This can help it appear in relevant geographic search results and it’s great for local exposure.

3. Create backlinks to your site

Backlinks are links from other sites to your site, and in a very simple sense Google counts them as ‘votes’ for your content. How to generate backlinks:

Extra tips: Your website can make a great first impression so make sure it champions everything good at your club! Be sure to include values that are important to your club (and parents) such as being fun, inclusive, safe and professional. 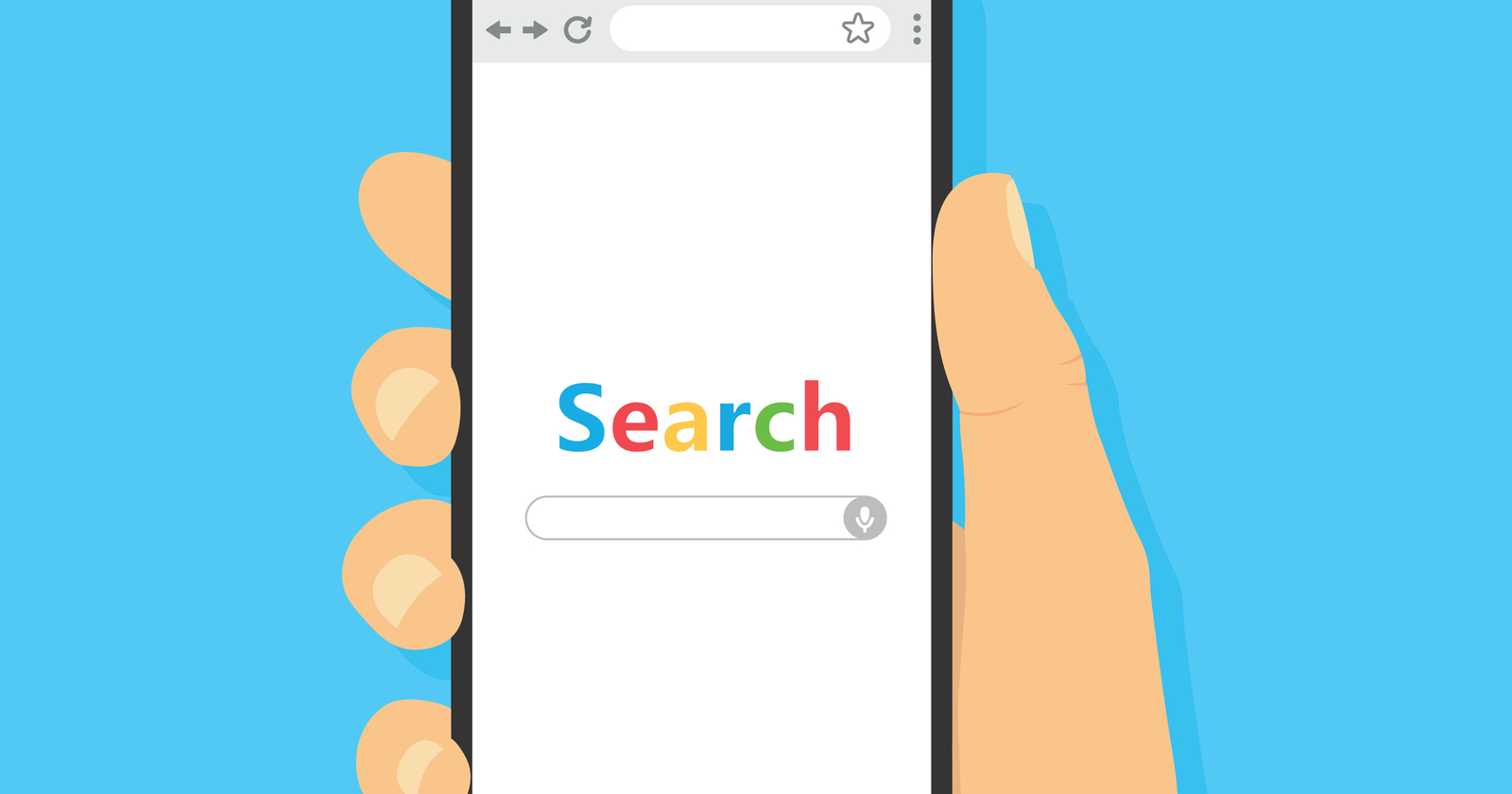 More from the series

We might all operate online, but old fashioned community-driven direct methods such as the distribution of printed flyers and posters are far from dead and can still be really impactful when it comes to marketing Squash Stars locally.

Explore our 10 practical tips for driving awareness and gaining local exposure for your sessions amongst parents:

Social media is unavoidable. Today, almost everyone is a member of at least one platform. Besides their wide reach, what’s great about social networks is that most of them are free to use and present an inexpensive way to promote Squash Stars.

According to a recent study, more than 70% of UK women influence, decide and make the final purchase on household and lifestyle wide products. Choosing the right social platform to market to mums will help you boost awareness amongst this target audience. Here we go over some of the most effective networks for targeting mums:

Post Squash Stars photos/videos from the Squash Stars toolkit at least three times per week on your social pages using the suggested wording:

Squash Stars is a new unmissable junior programme for kids aged 5-9 starting on [insert the date your Squash Stars sessions begin]. This six-week programme builds fundamental skills and confidence, encouraging kids to reach for the stars on and off court.

For just £42, your child will get six sessions and a kit bag which includes a racket, ball, t-shirt and goggles.

Find out more and enrol your child at squashstars.co.uk

Email and WhatsApp are powerful and inexpensive channels for encouraging word of mouth and asking your current members to tell their family, friends, colleagues and neighbours about Squash Stars.

Copy and paste our suggested wording below and download the accompanying graphic.

We all know that squash can be a forever sport. Once you step on court for the first time, it’s hard not to get hooked. That’s why we’re launched Squash Stars at the club - an action-packed six-week programme for kids aged 5-9 to help youngsters get the squash bug too, and help ignite a lifelong love of the game!

Kids are taught the fundamental skills to play squash through action-packed fun games and drills by our specially trained leader.

For just £42, kids will get six sessions and a kit bag which includes a racket, ball, t-shirt and goggles.

Pass the message on and let everybody know that Squash Stars has landed at the club! Parents can enrol now before [INSERT DATE] at squashstars.co.uk

Getting your stories into local radio, newspapers and magazines is all about cultivating relationships. Journalists and editors are constantly looking for new stories and material to fill their slots but you’ll need to carefully prepare your story/pitch.

And whilst you might think that good news sells, as the saying goes, it’s also very hard to bring good news to life in the press. You need to understand your story, your audience and your objectives here.

Firstly, research and gather a list of the relevant email addresses for all of your local news media including:

One of the most important things to do is to demonstrate to the media that you know what they are interested in – as a media outlet, as well as the individual journalist. You wouldn’t go to the business reporter with a sport story for example. Understand what part of the paper your story fits in to, for example, or which radio show on your local BBC Radio outlet is all about music, or has more of a newsy element to it. Typically, breakfast or drivetime shows are best for this.

Secondly, to interact with the media, you could include a proper press release (see our sample template below). This gives the journalist a well-rounded, all-encompassing document with all the information they need to bring the story to life.

In this day and age in the current landscape, media receive hundreds (we are not exaggerating here) of press releases each day. So you need to stand out. A strong subject line in the email is the way forward here. When pitching to local media, make it clear what the area / location is so they know it’s definitely one for them.

But the press release itself won’t generally get you coverage. For print / online media in regions, it may work as it’s something they could easily run. But for radio, and many other journalists, they will want an interview or something more to demonstrate the story. So a strong covering letter, to accompany the press release, is key here [see our sample template below]

A key thing to remember with press releases is being concise, to the point, getting information across, and being factual.

Another thing you can do to gain exposure in your local paper is to ensure your sessions are included on their local listings / what’s on / upcoming events page. They are easy to do and as long as you fill in the online form correctly, more often than not, they will run at some point.

Think of any other community groups you may know of, such as Facebook pages, local notice boards, schools etc. that you can get in to and promote your events.

I am the [YOUR ROLE] of [CLUB] and wanted to get in touch to discuss an upcoming initiative we are running with England Squash.

From [INSERT DATES], the club will be running Squash Stars, a nationwide junior squash participation initiative from England Squash to attract thousands of girls and boys aged 5-9 to the game.

We would love to work with you to generate some excitement about the initiative and help introduce more people, from our diverse communities into a new sport. We are happy to arrange interviews with [WHO FROM YOUR CLUB? COACHES, YOU ETC.].

Please see below a press release which has more information on Squash Stars that will help.

[YOUR CLUB] has signed up to a national initiative to get more young girls and boys taking up squash, and trying a new sport.

The six-week programme, which will be delivered at [CLUB NAME] in [LOCATION], will introduce children aged 5-9 to the fun game of squash. All Squash Stars will receive six group coaching sessions, and a free racket, a ball, bag and goggles to help them get in the game.

Following a truly successful competition, England Squash, and participating clubs, are working hard to still maintain that momentum and is encouraging young people up-and-down the country to try the sport through Squash Stars.

England Squash player Gina Kennedy, who won in the 2022 Women’s singles event at the Commonwealth Games expressed her delight in support of the programme Squash Stars, saying: “Squash has had an amazing impact on my life and it’s so important that we give young people the same experience. I really hope that these 5-9-year-olds that take part in Squash Stars really enjoy not just playing squash but develop a passion for sport in the process.”

Parents can now enrol their child onto the programme via www.squashstars.co.uk.

What is Squash Stars?
Aimed at 5-9 year olds, Squash Stars is our new junior programme at [insert club/venue name] starting on [insert the date your Squash Stars sessions begin] that builds fundamental skills and confidence, encouraging kids to reach for the stars on and off court. This six-week junior beginner’s programme focuses on guiding children to collect stardust in skills such as hand-eye coordination, racket work, movement, balance and match play. The more stardust they have, the brighter they’ll shine! Each Squash Stars session is led by our trained leader, [insert name here] and will give your child the chance to explore, play, and make friends in a fun and safe setting. We want to help them soar in every aspect of their life and that starts with a positive experience with sport.

What does your Squash Star get?
For just £42, your star will get six sessions and a kit bag which includes a racket, ball, Squash Stars t-shirt and a pair of goggles straight to your door.

Why should my child try Squash Stars?
Squash will leave your child beaming from ear to ear. As it’s suitable for kids of all backgrounds, shapes, and sizes, squash provides an inclusive space where they can truly belong. It’s also an indoor sport, so they can avoid the unpredictable British weather and stay warm on our courts! By taking part in Squash Stars, your child will benefit in many ways:

Find out more and sign up your child at squashstars.co.uk

Squash Stars is our new, unmissable junior programme for kids aged 5-9 starting on [insert the date your Squash Stars sessions begin]. This six-week programme builds fundamental skills and confidence, encouraging kids to reach for the stars on and off court.

For just £42, your child will get six sessions and a kit bag which includes a racket, ball, t-shirt and goggles.

Find out more and enrol your child at squashstars.co.uk

In case you haven't heard, Squash Stars is our brand new, unmissable junior programme for kids aged 5-9 starting on [insert the date your Squash Stars sessions begin]. This six-week programme encourages your child to collect stardust in skills such as hand-eye coordination, racket work, movement, balance, and match play. For just £42, your child will get six sessions and a kit bag which includes a racket, ball, t-shirt and goggles. Each session will be led by our trained leader and will give your child the chance to explore, play, and make friends in a fun and safe setting. We want to help them soar in every aspect of their life and that starts with a positive experience with sport.

Place the A4 poster around your club - whether on noticeboards, around the courts or other sports facilities within the venue.

Spread the word and hand out the flyer to members at the club or local schools:

Visit our Club Toolkit to access our image library, posters, club advice and much more!